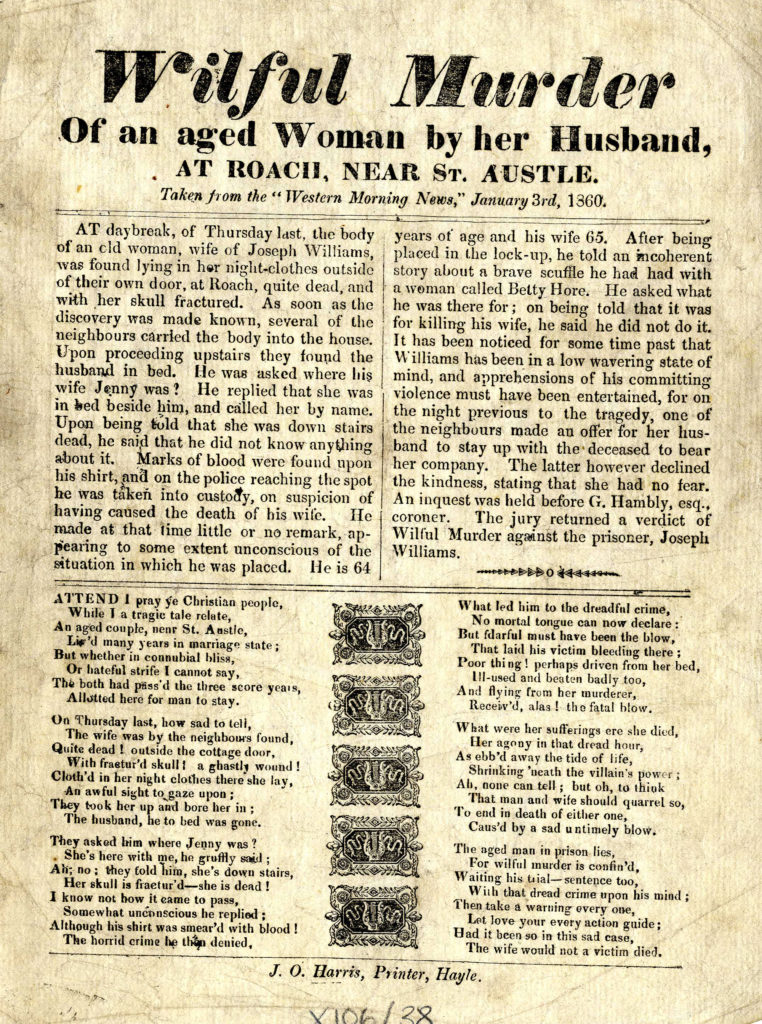 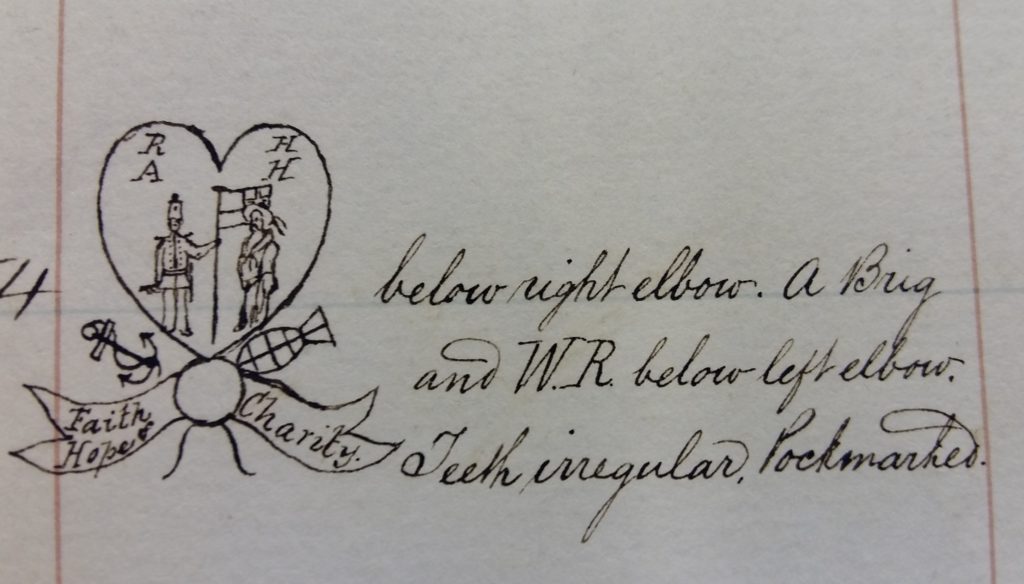 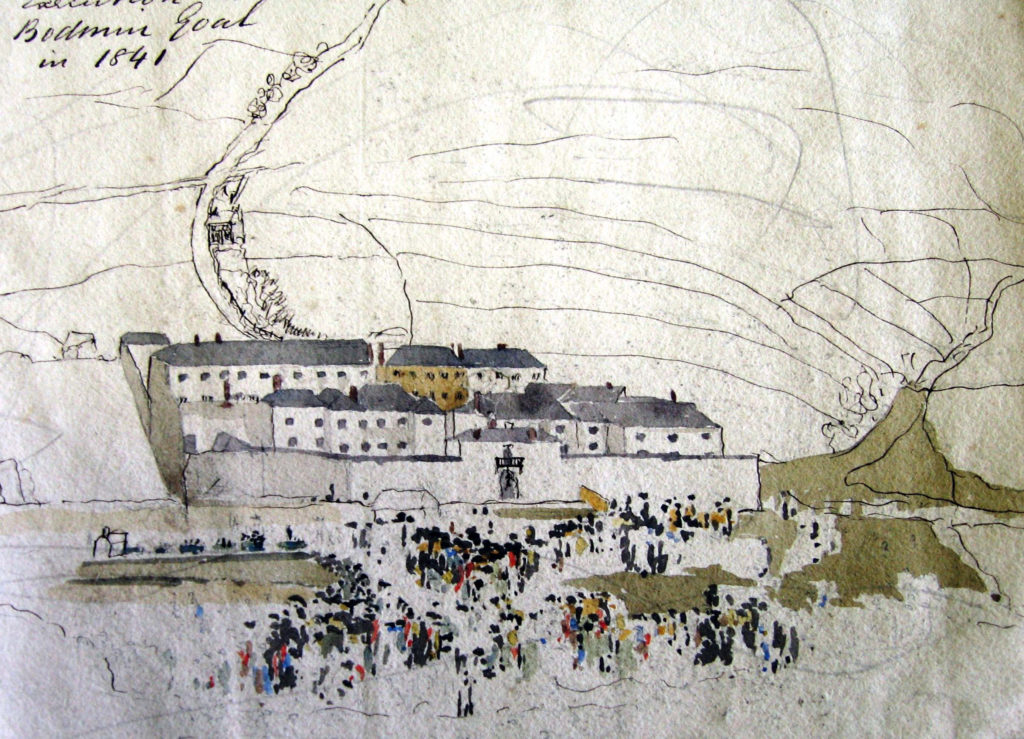 Some of Kresen Kernow’s most fascinating records relate to crime, punishment, law and order and they can provide a surprising insight into your ancestors’ lives.

We also have records of magistrate courts (some of which are closed for 30 years), coroners’ courts (closed for 75 years) and civil courts, including the Stannary court (which had jurisdiction over tin mining and other minerals but was abolished in 1896).  Court records also contain registers of licenses (e.g. for liquor or explosives) which can be a useful source of information.

Cornwall Constabulary was founded in 1857 after it became law to have a county police force. We hold registers for the Constabulary (1857-1920) which contain individual service records for local police officers.

We also look after the registers of Bodmin Gaol (1821-1916), which contain details of prisoners’ crimes, and punishments, as well as physical descriptions such as hair colour, complexion and sometimes even sketches of their tattoos, making them a remarkable source for social history.

Local newspapers are also an excellent source for researching crimes and often contain reports of trials as well.

Handy hint: If you are looking for a specific person, you can search the Quarter Sessions records on our catalogues by name.

Watch: you can watch videos about many items in our collections, including Bodmin gaol registers and Cornwall Constabulary records, on our YouTube channel.