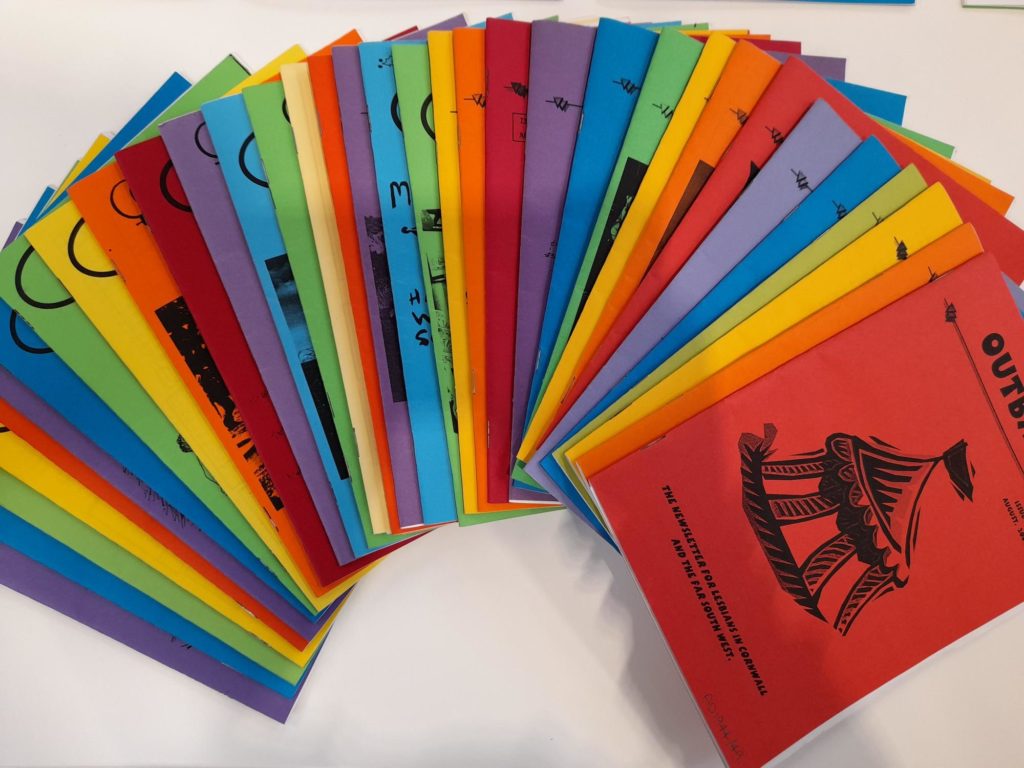 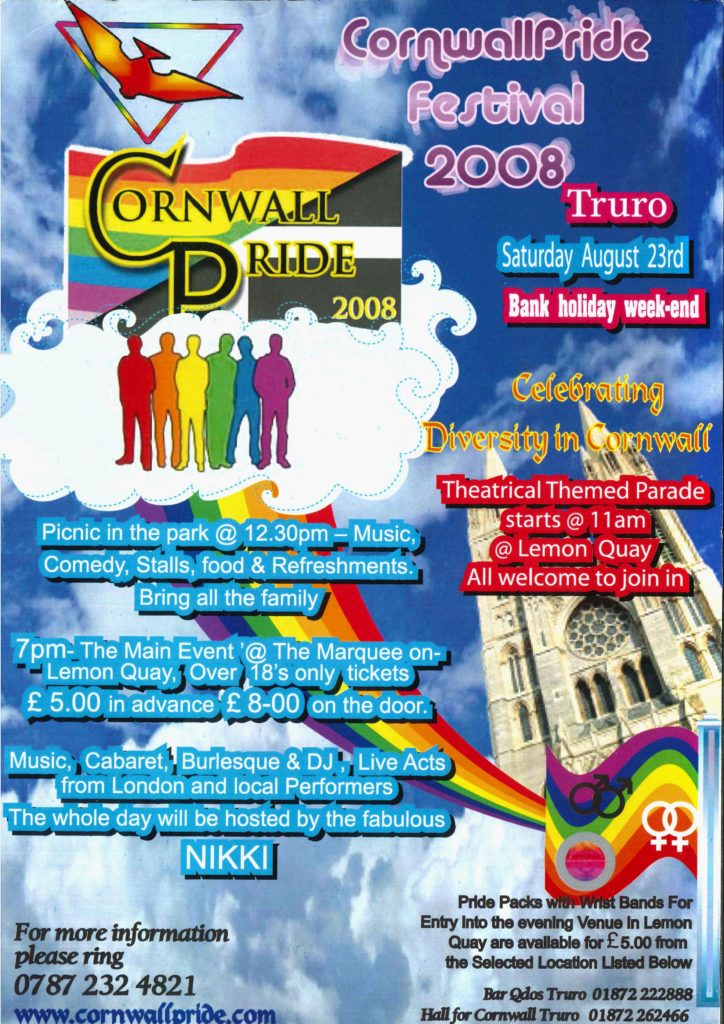 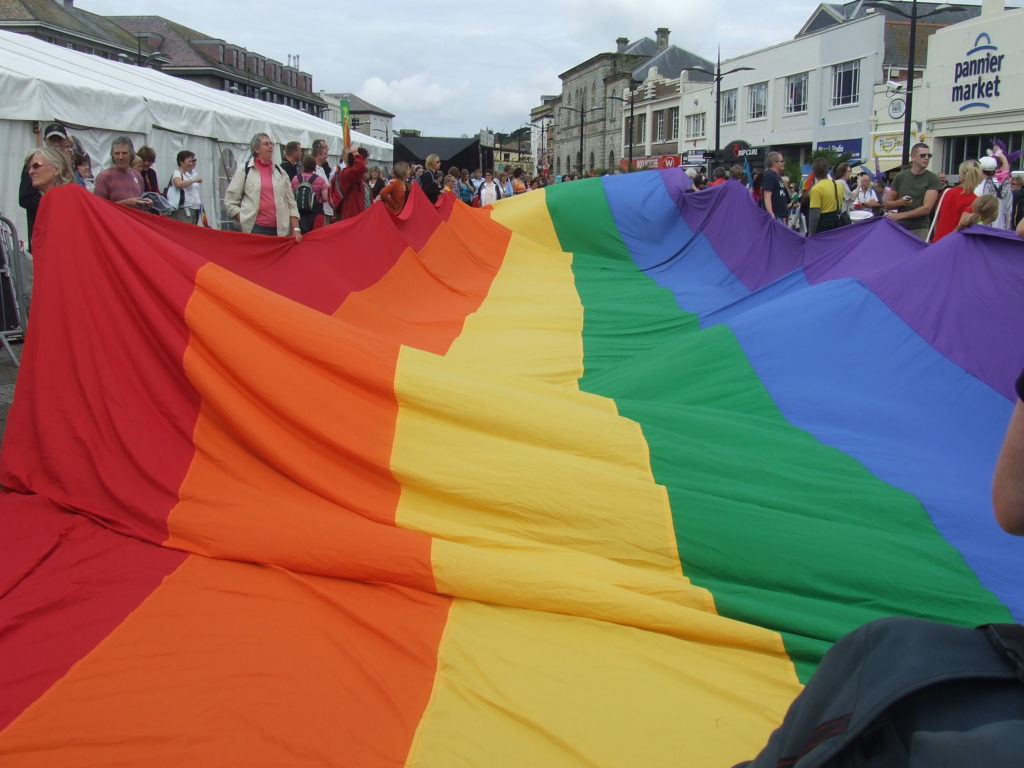 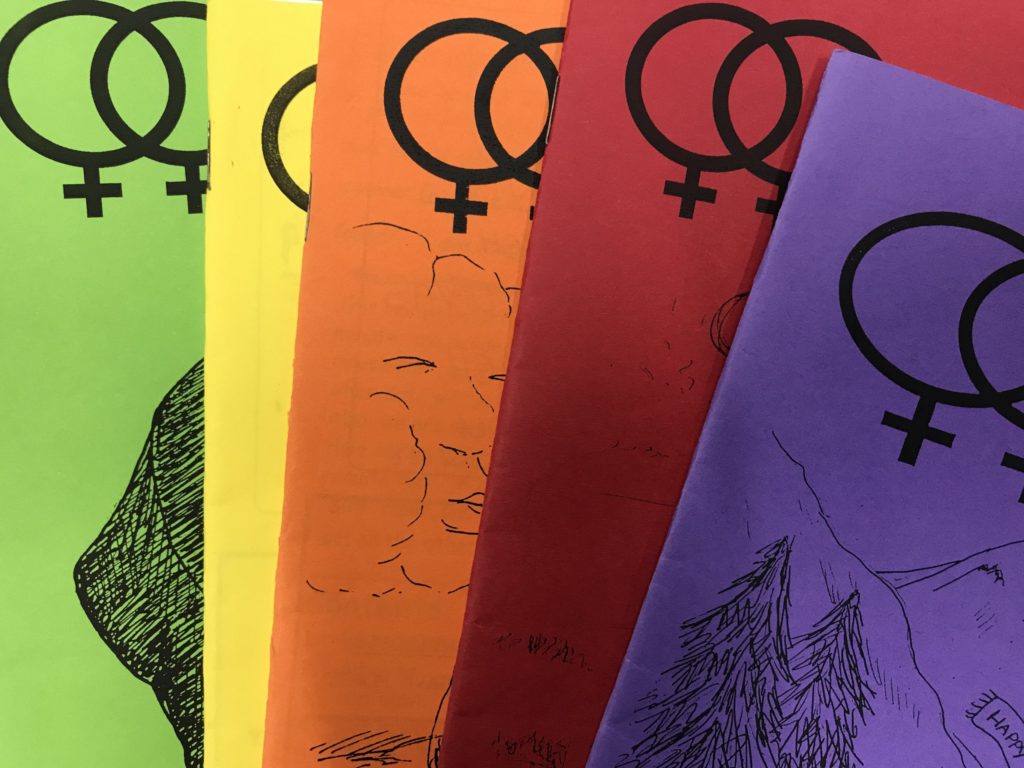 Research into LGBTQ+ histories can be difficult and time consuming as these histories have been hidden from view. Where evidence does survive, researchers are often confronted with negative attitudes contained within the records.

Before the 21st century, records relating to queer histories at Kresen Kernow are scant. Male homosexuality, in particular, was considered among the most serious crimes that could be committed, therefore the records referring to it are legal in nature. We care for court and jail records and, among these, is evidence of men being charged for the ‘crime’ of same sex relations in Cornwall. For example, in 1892 Henry Plumber, a shipbuilder’s apprentice, and Owen Ellis, a manual labourer, were both charged in Budock Parish with “gross indecency with another male” and sent to Bodmin Gaol for six months’ hard labour.

From more recent years, Kresen Kernow looks after a collection of over 130 Outback newsletters, a grassroots publication that was written and distributed from the 1990s-2000s by a small collection of women living in Penzance. The newsletter covers an interesting yet tumultuous time for the LGBTQ+ community, and tells us about national concerns as well as the issues facing the community in Cornwall during this period, from organising underground Pride events to boycotting local stores. We also care for a digital and physical collection relating to the first Pride parade in Cornwall in 2008, which includes posters, planning documents and hundreds of digital photos of the occasion. There are miscellaneous other items in our collections too.

Recommended reads: As good as God, as clever as the devil: the impossible life of Mary Benson by Rodney Bolt, 2011; A very queer family indeed: sex religion and the Bensons in Victorian Britain by Simon Goldhill, 2016; Exceeding my brief: memoirs of a disobedient civil servant by Barbara Hosking, 2017. For fiction, we recommend Reflections, Caeia March, 1995; Between the Worlds, Caeia March, 1996; Notes from an Exhibition, Patrick Gale, 2007; A perfectly good man, Patrick Gale 2012.

Queer Kernow website: Queer Kernow’s objective is to promote the acceptance of LGBTQ+ histories in Cornwall and to share previously hidden or overlooked queer narratives within Cornish history.